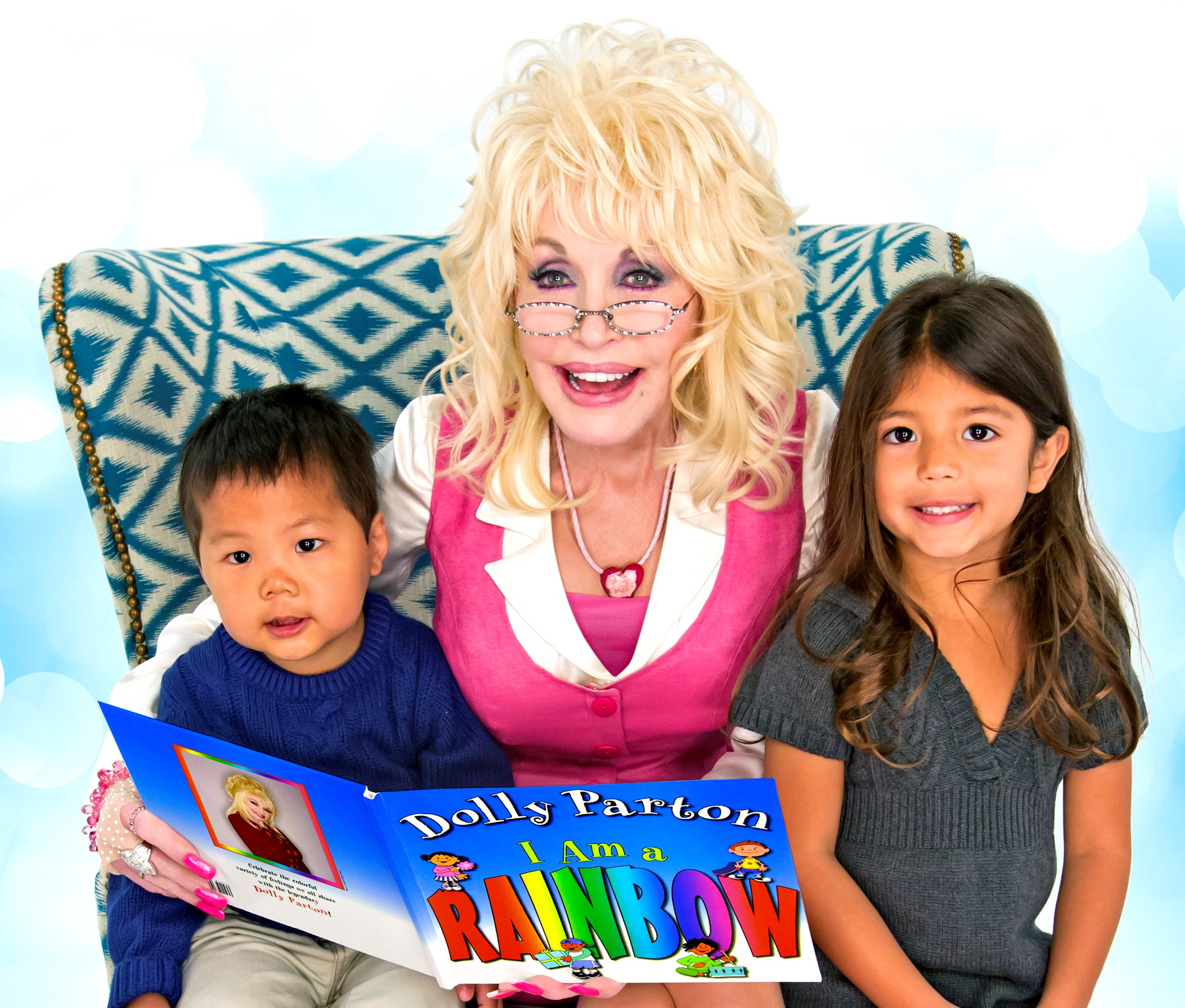 We all know Dolly Parton for her big hair and her sweet voice, but there's a lot more to the award-winning country music singer and actress than just tumbling outta bed and stumbling to the kitchen. While she made her name in music— where she's a formidable force with 11 Grammys to her name— and Hollywood, these days she's just as famous for her acts of charity.

Turns out, the only thing bigger than Dolly's hair is her heart.

Most recently, Dolly garnered headlines for her $1 million donation to Vanderbilt University Medical Center, a gift that helped fund the critical early stages of the Moderna vaccine against COVID-19. When she later received her first dose of the vaccine she'd helped fund, she celebrated in true Dolly fashion, singing, "Vaccine, vaccine, vaccine, vaccine" to the tune of "Jolene," one of her biggest hits.

However, her true philanthropic legacy comes in the form of the Dolly Parton’s Imagination Library, a charitable effort that, like Dolly herself, got its start in a small town in East Tennessee only to grow into an international phenomenon.

Like everything the tiny-but-mighty force of nature does, Dolly Parton's Imagination Library comes from a deeply personal place. She started it in 1995 to honor her father, a sharecropper who Dolly called "the smartest man I have ever known" despite the fact that he never learned to read. She didn't want the children of her home in Sevier County to have to contend with that same obstacle, so she set about ensuring they learned to read in her simple and straightforward way: She gave them all books.

And when we say "all," we mean every single child in the county from birth to 5 years old was eligible for free books through the effort she dubbed Dolly Parton’s Imagination Library.

Like Dolly herself, the Imagination Library proved to be much bigger than a small county in East Tennessee, spreading across the entire country, and it wasn't long before Dolly’s book program had mailed a million books to eligible children.

The Library That Dolly Built

Unlike a brick-and-mortar library, Dolly Parton’s Imagination Library doesn't require that children come to it, instead it mails books directly to them. Even better, the books aren't on loan—they're free for kids to keep and read over and over again. It's as unlike a traditional library as it gets, but, then again, Dolly has never been one for tradition, preferring to do things her own way.

There's no arguing with the fact that Dolly's way, while unconventional, is also wildly successful. As of April 2022, the Imagination Library had gifted more than 180 million free books since inception and currently mails books to over 2 million children each month. And even though the program itself has grown exponentially in size, scope, scale, and reach, it remains beautifully simple. Children enrolled receive a specially selected, high-quality book each month from birth to age 5. The books are even personalized with each child's name and mailed directly to their homes to make the experience of receiving them special and encourage reading. As early literacy programs go, it doesn't get much more straightforward than that.

The Imagination Library and Its "Real Heroes"

Dolly may be the closest thing we have to a modern-day superhero, but she's not flying solo—the Imagination Library does get by with a little help from its friends. One of the ways in which Dolly Parton’s Imagination Library has been able to extend its reach is through assistance from a network of community partners that reaches across the United States and now extends into four other countries. These partners, which Dolly calls the "real heroes of our story" help subsidize the cost of the books within their communities, while promoting the program and building awareness to ensure that every eligible child who wants to be a recipient of Imagination Library can be.

At United Way of Whatcom County, we're proud to be one of Dolly Parton’s Imagination Library partners and are thrilled to be able to offer every child under the age of 5 years old in Whatcom County the opportunity to receive free books through the program. If you're a resident of Whatcom County, it's as simple as signing up, and eight to 10 weeks after your registration form has been received, you'll get your first book in the mail. After that, all you need to do is make some time and read with your child.

As Dolly says, "When I was growing up in the hills of East Tennessee, I knew my dreams would come true. I know there are children in your community with their own dreams. They dream of becoming a doctor or an inventor or a minister. Who knows, maybe there is a little girl whose dream is to be a writer and singer. The seeds of these dreams are often found in books and the seeds you help plant in your community can grow across the world."

United Way of Whatcom County is excited to bring this program to kids all over our community! Want to enroll a local child? It's easy!